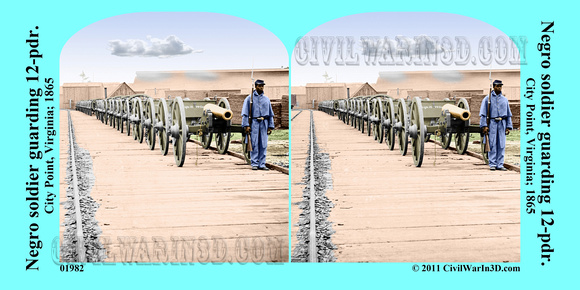 The “Napoleon” 12 Pounder was named for Napoleon III, nephew of Napoleon Bonaparte and was widely popular on both sides. These bronze cannon differed from the rifled guns of the day in that it was smooth on the inside of the barrel. This meant that it was less accurate and with a shorter range than the rifled weapons of the day. The distinct advantage that it did possess was that this allowed it to fire a wider variety of ammunition.

By loading canister or grape shot into the cannon you could effectively turn the cannon into a high powered shotgun. Small projectiles would burst from the gun and spread out making them very effective against enemy forces charging against the defenses using the cannon.


Following the war the bronze cannons were phased out in favor of rifled guns. More modern ammunition allowed the rifled weapons to fire devastating rounds a longer distance. The rounds would explode to create the shrapnel effect that was so effective with the bronze cannons at close range.
© History In Full Color
User Agreement
Cancel
Continue