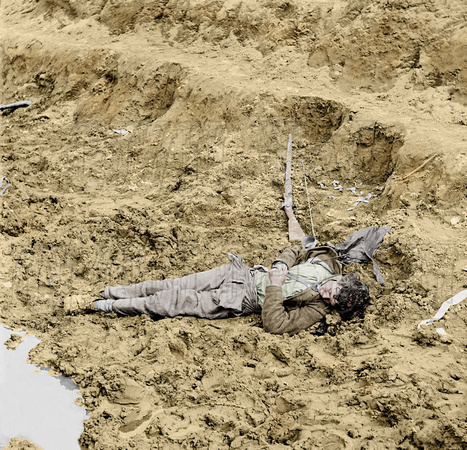 Fort Mahone was named for Confederate General William Mahone and was one of the primary defenses outside of Petersburg, Virginia. The forts surrounding Richmond and Petersburg managed to keep the Union army at bay for months. At the end of March 1865, it was clear that Lee’s hold on Richmond and Petersburg had weakened. Union General John Parke chose to directly attack on April 1st.

As soldiers filled the captured trenches, the Union assault slowed. Parke sent a request to General Meade for additional troops, not to further the attack, but to hold the current position. The Confederates, under Major General Gordon, rallied a counter attack to drive out the invading army. As the surrounding confederate forts fell, Gordon almost succeeded in recovering his fort. However, the union was able to hold their position until Mead’s reinforcements arrived.

On April 3rd, Petersburg and Richmond both lay in Union hands. As for General Mahone, he returned home after the war to his pre-war employment as the president of the Norfolk and Petersburg Railroad. He was elected to the U.S. Senate from Virginia in 1881, serving one term. He passed away in 1895, at the age of 65.
© History In Full Color
User Agreement
Cancel
Continue