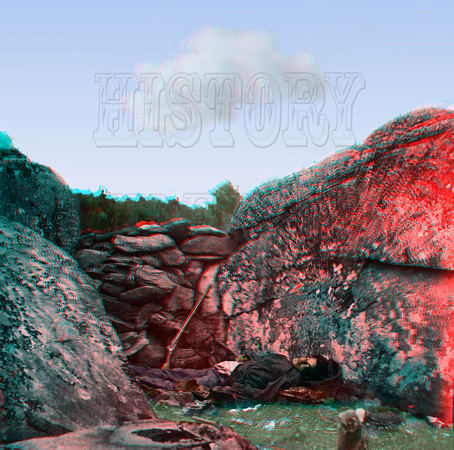 
Andrew Hoge is best remembered as the Confederate sharpshooter. He was most likely neither a marksman, nor killed at this spot. Following the battle photographers rushed to take pictures of the war dead. Arriving late, with much of the dead already buried, they used the remaining bodies and placed them in positions that were the most dramatic. Another view of this image shows a blanket (portions still can be seen under the left shoulder) that was used to move him. The blanket also appears in other images, indicating that his body was used at various other locations.
© History In Full Color
User Agreement
Cancel
Continue