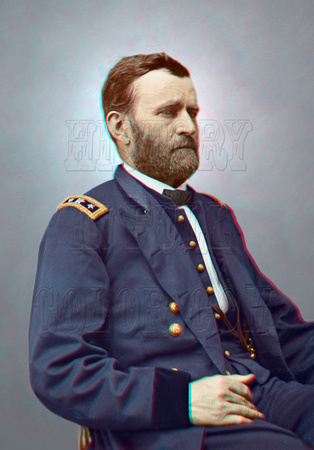 
Had it not been for the Civil War it is doubtful that anyone would have remembered the name of Ulysses Grant. While he managed to get an appointment to West Point he did not have a successful first career and resigned amid charges of being drunk on duty in 1854.


The next few years Grant struggled and failed in a succession of jobs. In 1861 he helped recruit volunteers in Illinois and was given a commission as a Colonel. The following year he was promoted to Brigadier General. Later he became only the third (after Washington and Scott) to hold the rank of Lieutenant General. After the war he became the first four star General and the first of many Civil War Generals to become President.
© History In Full Color
User Agreement
Cancel
Continue