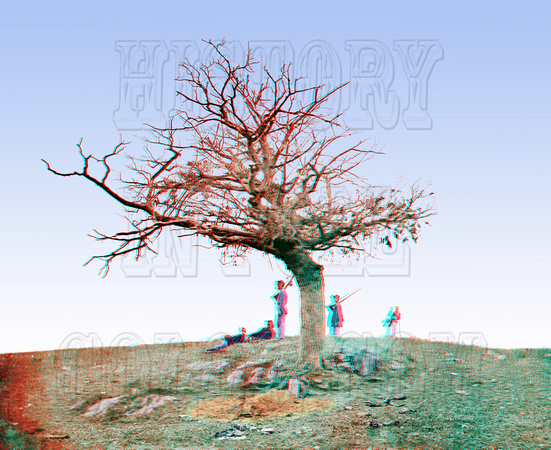 
John Marshall was just three years younger than Abraham Lincoln. Born in Ireland in 1812, he had immigrated to the U.S. during the potato famine and settled in Pennsylvania working as a stonemason. His first wife had died tuberculosis (then known as consumption) in 1855 leaving him with a son. A few years later he married again and by the time the war started had two more children under the age of two.


At the age of 49 he volunteered and enlisted in the 28th Pennsylvania Infantry in 1861. Over the next year the unit performed mainly guard duty in Maryland and Northern Virginia. After a few minor skirmishes they participated in 2nd Bull Run (2nd Manassas) in August of 1862 and were back into Maryland by September of 1862 when the battle of Antietam began on September 16th.


The next day John Marshall became the oldest casualty, at 50 years of age, in the entire battle. He was buried in a temporary grave under this tree near the cornfield. It is possible to see his name and company number on the headstone in an enlargement of this photo. Later he was reinterred at the National cemetery at Sharpsburg.
© History In Full Color
User Agreement
Cancel
Continue