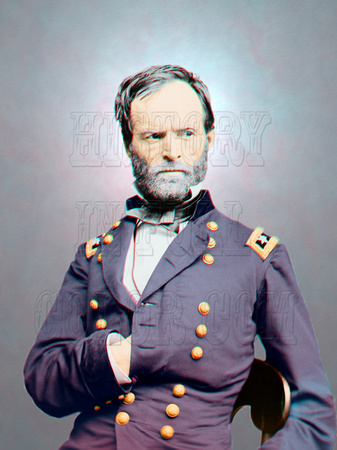 
Like Grant, Sherman had left the Army in the 1850s. Similarly, he failed at many attempts including banking and law. At the start of the Civil War he was the Superintendent of the Louisiana Military Academy. Instead of taking receipt of arms from the state militia he resigned and returned North.


Within a few months he was back in the Army, this time as a Colonel. A few months after that, he was promoted to Brigadier General. After a few early struggles, in which his sanity was questioned, he proved to be an effective commander. He is best remembered for his march to the sea. After the war, he replaced Grant as Commanding General and served until 1884.
© History In Full Color
User Agreement
Cancel
Continue