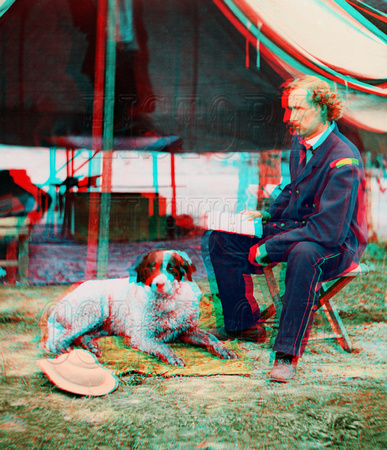 
This image of General Custer was taken in 1862 when he was still a young Lieutenant. This is probably one of the most cherished images of Custer due to the camp dog. It is not known if this dog belonged to Custer personally, but his widow did report that Custer had many dogs that often traveled with him. There are numerous other images featuring Custer and a variety of other dogs. Some of these are known by name, but not this one. The habit of traveling with dogs was something Custer maintained until his death in 1876.
© History In Full Color
User Agreement
Cancel
Continue