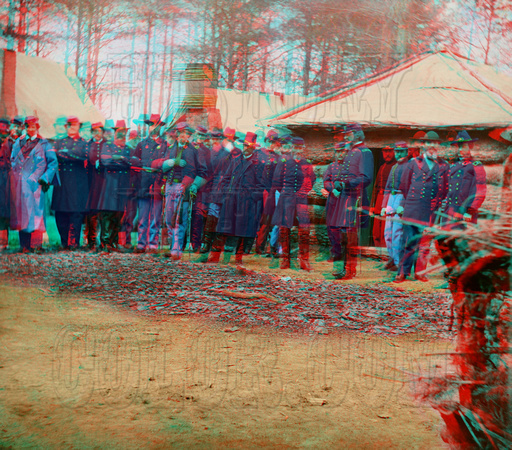 
General Meade (far right) succeeded General Hooker commanding the Army of the Potomac on June 28th 1863. Two days later he led his men at Gettysburg and defeated General Lee. While victorious in battle, his failure to pursue Lee cost him politically.