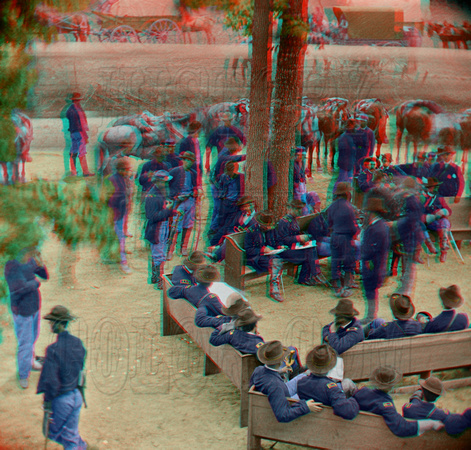 
Timothy O’Sullivan began his photography career as an assistant to Mathew Brady while he was still a teenager. When the Civil War started, he was twenty one and received a commission as a First Lieutenant in the Army. After serving a year, he was honorably discharged and back to working for Brady. The following year, 1863, he joined Alexander Gardner who had left Brady, to form his own studio. This gave O’Sullivan an opportunity to participate in some of the most famous photographs taken of the war at Gettysburg, Petersburg and Appomattox.