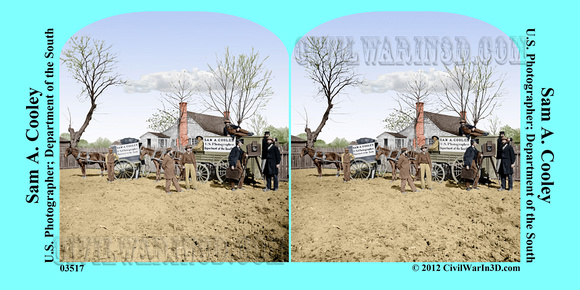 By 1869 he was back in Hartford, as the Courant had an article in the September 3, 1869 edition detailing how Cooley had saved an old woman from being run over by a wagon.
In the February 1, 1871 edition of the Courant, there is an advertisement noting that "Sam A. Cooley will give an exhibition of beautiful Stereopticon Views." The notice related that "Many of the views were taken by the proprietor while photographer for the United States in the Department of the South, during the late war."