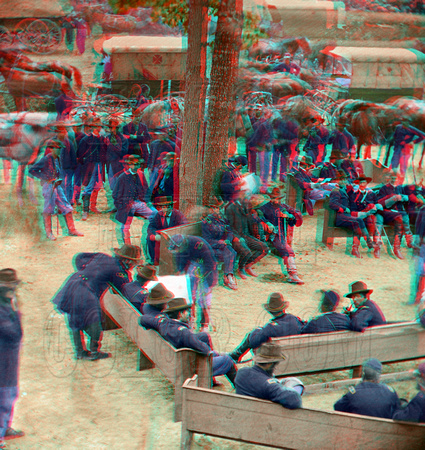 
This view shows "General Grant's Council of War" in the field near Massaponax Church, VA., May 21, 1864. The pews or benches have been brought out under the trees, and the officers are gathered to discuss the situation. It has been a disastrous day for the Union troops; the losses have been heavy, with nothing apparently gained. General Grant is bending over the bench looking over General Meade's shoulder at a map which is held in Meade's lap. The Staff Officers are grouped around under the trees; the orderlies are seen in the background; the ambulances and baggage wagons can also be seen in the background.
© History In Full Color
User Agreement
Cancel
Continue