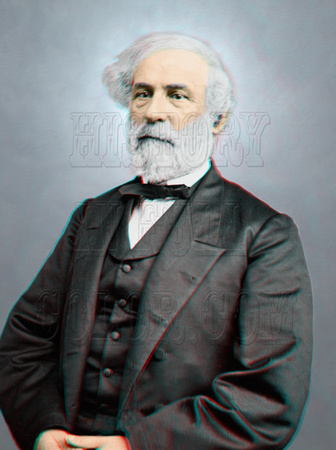 
Robert E. Lee was perhaps the best military mind on either side. At one time, offered command of the Union Army, he turned it down to support his state. This image was taken shortly after the war (exact date unknown) and shows the General in civilian attire.


After the war Lee accepted the job of President of Washington College (now Washington-Lee University) and passed away in 1870. It is most likely that these images were taken in that five year period.
© History In Full Color
User Agreement
Cancel
Continue