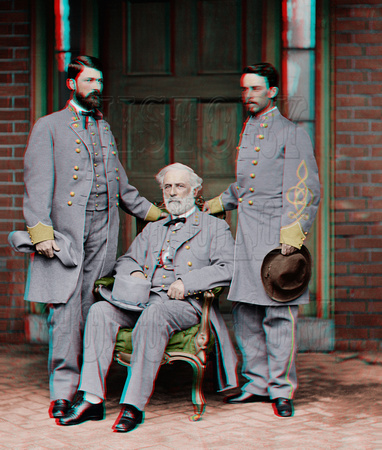 
Two people close to Robert E. Lee during the Civil War were his son Custis (left) and his aide Walter Taylor (right). Custis was named “George Washington Custis Lee” to honor his mother’s side of the family and her relationship to Martha (Custis) Washington. He followed in his father’s footsteps and entered West Point at the age of 17. His father became superintendent of West Point while Custis was in his third year and he graduated first in his class the following year.