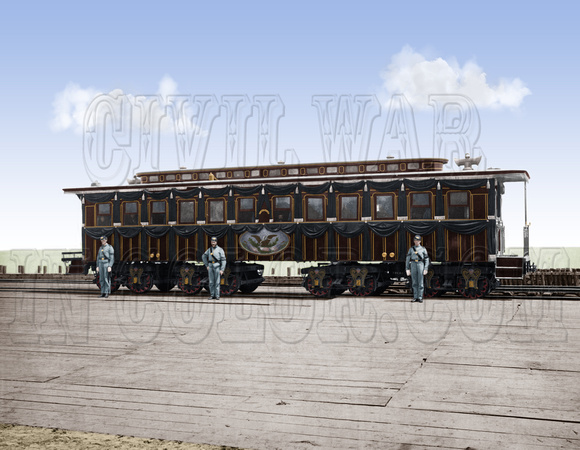 Built as the Air Force One equivalent of Presidential train travel for Lincoln, the Lincoln Train Car was only used by Lincoln after death.

Members of a guard of honor sit in the private car, beside Lincoln's flag- covered casket. The car had been built for the President's official travel but it was never put into use until his death.

When completed in 1865 in the “government shed” of the Orange and Alexandria Railroad, Alexandria, Virginia there were not any color photographs, lithographs or contemporary paintings made of the president’s car.

B.P.Lamason MCP was in charge of the project and William Henry Harrison Price was the shop foreman. Several others are noted as being involved.
© History In Full Color
User Agreement
Cancel
Continue