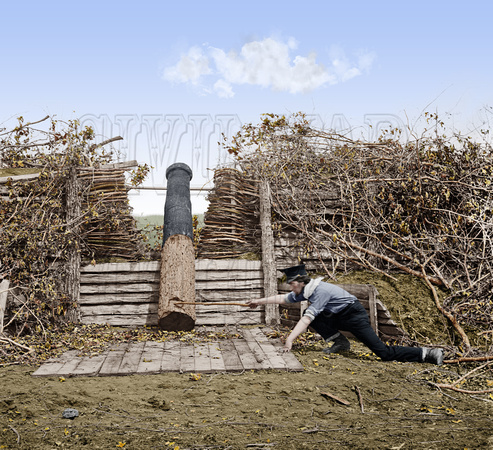 Quaker Guns were part of the deception used by Confederate Gen Johnston's 13,600 men to hold off an estimated 55,000 Federals from advancing to Richmond during April, 1862.

Gen Magruder was assigned the task of creating the ruse with men marching from one location to another, cheering, drumrolls & the general commotion of a large army. Magruder's thespians replayed their show along the entire 14 mile length of the Warwick River.