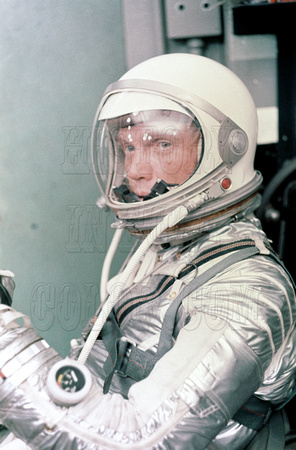 "This is very comfortable at Zero-g. I have nothing but very fine feeling. It just feels very normal and very good." John Glenn, orbiting the Earth

On February 20, 1962, John Glenn became the first American to orbit the Earth. He was also the first to see multiple sunrises. Glenn captured the view with the drug store camera he purchased just before the flight.

Glenn's test pilot experience came in handy when the automatic control failed after the first orbit. During re-entry there was an indication that the heat shield was loose. Glenn made the decision to leave the retro pack in place to steady the heat shield during re-entry.

"It made for a very spectacular re-entry from where I was sitting," Glenn said. Big chunks of the burning material came flying by the window."
© History In Full Color
User Agreement
Cancel
Continue