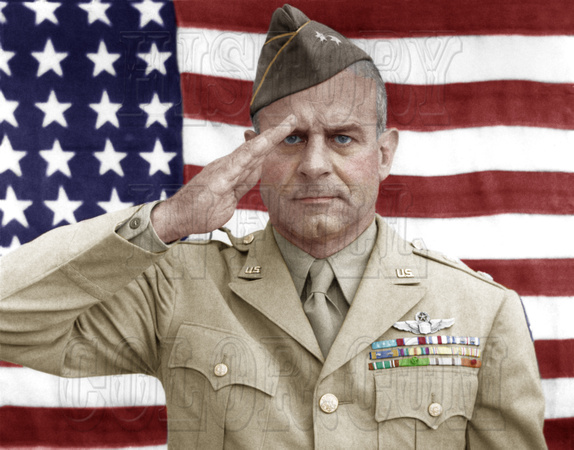 "If you men have any idea that this isn't the most dangerous thing you've ever been on, don't even start this training period. You can drop out now. There isn't much sense wasting time and money training men who aren't going through with this thing. It's perfectly all right for any of you to drop out." Lt Col James Doolittle to future Doolittle Raiders

In July 1, 1940, James Doolittle left civilian life for a job that paid one-tenth of what he was used to earning - active duty reservist. Doolittle believed the US would be pulled into a war and he wanted to help.

In 1942, President Roosevelt decided to bring the war to the "Land of the Rising Sun". Doolittle was brought in as the consultant to plan and train men to use the deck of a ship as a base to bomb Tokyo.

On April 18, 1942, sixteen B-25 medium bombers took off from the aircraft carrier USS Hornet. Doolittle flew the first plane off the deck. Before departure, the flight crews knew they didn't have enough fuel to land at a safe airfield. They took off anyway.

On return, Doolittle was presented the Medal of Honor from the President and promoted two grades to Brigadier General.

This image was between November 1942 and March of 1944 while he was a Major General.
© History In Full Color
User Agreement
Cancel
Continue