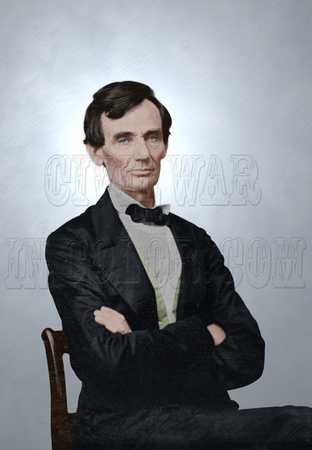 "Now if you should hear anyone saying that Lincoln don't want to go to Congress, I wish you would tell him he is mistaken. The truth is, I would very much like to go." Lincoln

In 1847, Lincoln ran as the Whig candidate for US House of Representatives. His Democratic opponent was Peter Cartwright, a Methodist Preacher.

Knowing that he would need to face his opponent, Lincoln attended one of Cartwright's Bible meetings. After giving a hell-raising sermon, Cartwright turned to his congregation saying,

"All who desire ... to give their hearts to God and go to heaven will stand."

Almost everyone in the room stood.

"All who do not wish to go to hell will stand", cried Cartwright.

The rest of the congregation stood - everyone, that is except Abraham.

Cartwright looked at him.

"May I inquire of you Mr. Lincoln, where are you going?"

"If it's all the same to you, I am going to Congress", drawled Lincoln.

The congregation burst into laughter. Cartwright sputtered with anger.

And weeks later, Lincoln was elected by a margin of more than 1,500 votes.
© History In Full Color
User Agreement
Cancel
Continue