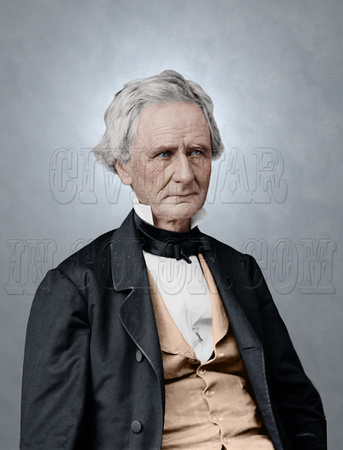 Born in 1799, Cameron made a fortune on railways and banking. By 1845 he turned to politics and became a senator for Pennsylvania; first as a Democrat replacing James Buchanan. By 1856 he had become a Republican and won a seat in the Senate again. By 1860 he was a presidential candidate, but when he failed to get the nomination threw his support to Lincoln.


Rewarded with the position of Secretary of War, it was soon clear that corruption was rampant and he resigned before completing his first year in office. While investigating the corruption, a congressman told Lincoln that “I don’t think he would steal a red hot stove”. Cameron demanded he take back the statement and the congressman told Lincoln “I believe I told you he would not steal a red-hot stove. I will now take that back.”


Lincoln offered Cameron the position of Minister to Russia. Less than a year later he was back in the U.S., running for Senate again where he served till 1877. Cameron survived most of his contemporaries passing away at the age of 90 in 1889.
© History In Full Color
User Agreement
Cancel
Continue