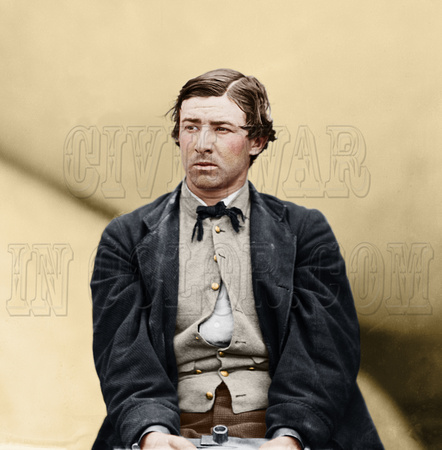 Of all of the Lincoln assassination conspirators, David Herold is the only one to possibly have met Lincoln. While working at Thompson’s Pharmacy in Washington DC, he may have delivered a bottle of castor oil to the White House and personally given it to Lincoln. He was only 21 at the time. Herold had been working in Pharmacy since completing study at the age of 18 in 1860.

It was sometime in the year 1863, which he met John Wilkes Booth. Booth had been referred to him by their mutual friend John Surratt. Initially, he provided Booth with quinine that he smuggled to the South. Later his knowledge of Southern Maryland became important to Booth in his plot to kidnap Lincoln and take him South.

The scheme to kidnap Lincoln changed to assassination. Herold was to act as a guide for Lewis Powell (aka Lewis Payne) in his attempt to assassinate William Seward. After bringing Powell to Seward's home, Herold was wait to help him make his escape. Hearing screams from inside the Seward house, Herold left. He joined Booth near Surrattsville (now Clinton), Maryland and lead him to Garret's farm in Northern Virginia. Herold was the only original conspirator with him when Booth was shot and killed on April 26th.

Herold was convicted along with Powell, Mary Surratt and George Atzerodt. All four where hung on July 7th 1865. His body was eventually returned to the family. He is buried in an unmarked grave of the Herold family plot in Congressional Cemetery in Washington DC.
© History In Full Color
User Agreement
Cancel
Continue