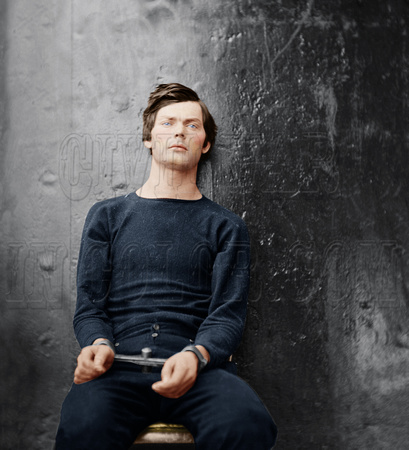 For the sake of security, the conspirators were held on the U.S.S. Montauk and Saugus, both monitor class warships. To replace his clothes, he was issued the clothes of an enlisted sailor with its distinctive blue undershirt and trousers. It can clearly be seen that this is the outfit he was wearing at the time of his hanging a few weeks later.
© History In Full Color
User Agreement
Cancel
Continue